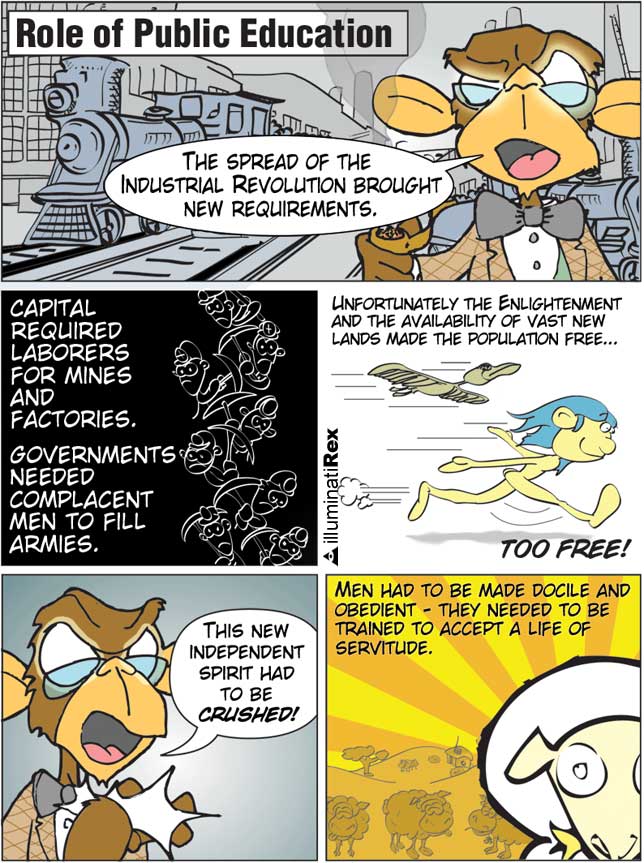 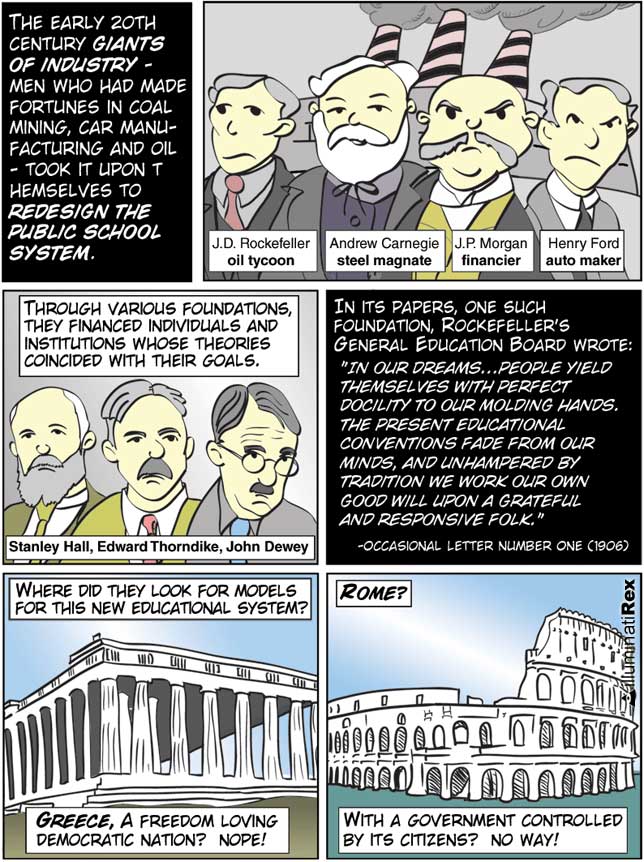 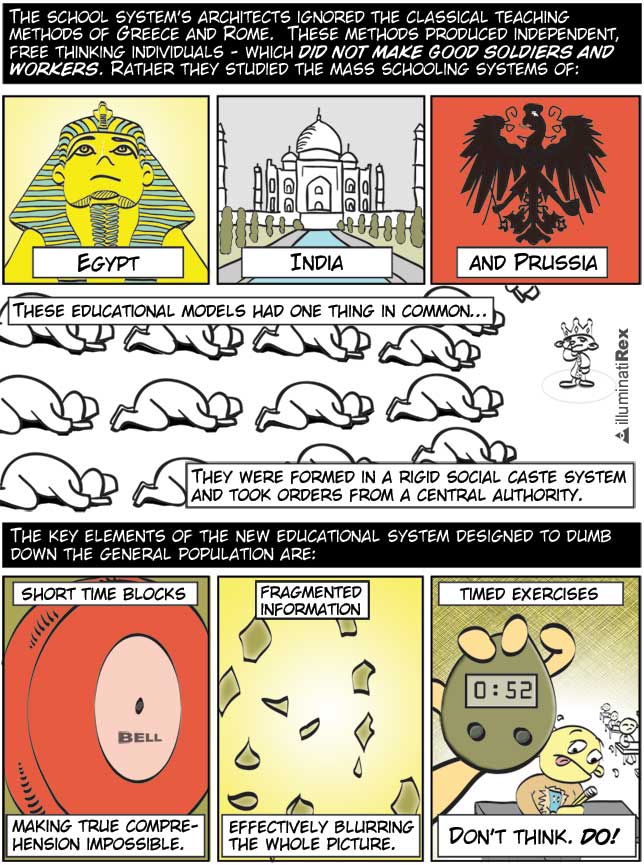 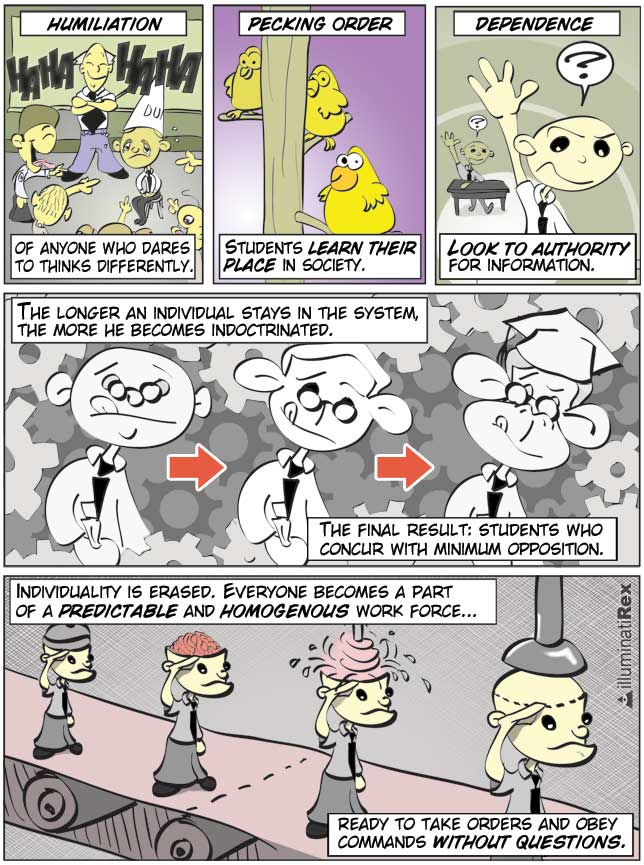 The spread of the Industrial Revolution brought with it new requirements.

We were in desperate need of more laborers. We needed complacent men to fill our armies, mines and work in our factories.

Unfortunately, recent revolutions and the availability of vast new lands made the population free… too free.

This independent spirit had to be crushed!

Like sheep men had to become docile and obedient.

They needed to be educated to accept a life of servitude.

The early 20th century giants of industry, men who had made fortunes in coal mining, car manufacturing and oil, took it upon themselves to redesign the public school system and better the citizens.

Using various foundations, they financed individuals and institutions whose theories coincided with our goals.

In its papers, one such foundation, Rockefeller’s General Education Board wrote:

“In our dreams…people yield themselves with perfect docility to our molding hands. The present educational conventions fade from our minds, and unhampered by tradition we work our own good will upon a grateful and responsive folk.”
~*Occasional Letter Number One (1906)

Where did they look for models for this new educational system?

Rome? with a government
controlled by its citizens… No way!

The school system architects ignored the classical teaching methods of Greece and Rome. These methods created independent, free thinking individuals – which did not make good soldiers and workers. Rather they studied the educational systems of:

These educational models had one thing in common…

They all sprung from a rigid social caste system and took orders from a central authority.

The key elements of the new educational system designed to dumb down the population are: 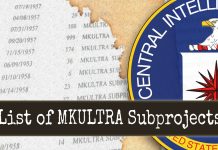 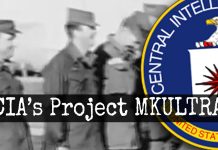 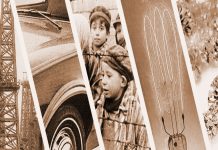 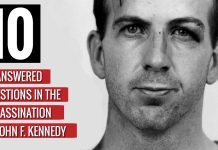 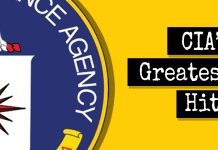 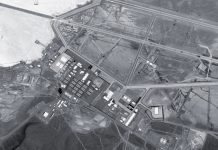 A Short History of Area 51 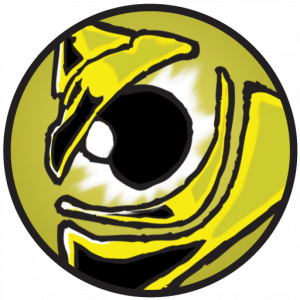 How to Join the Illuminati